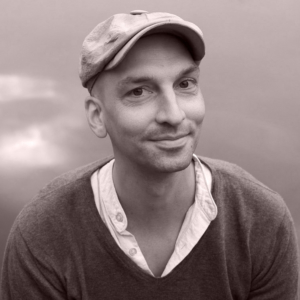 Dr Guido Kirsten is the PI  of the Emmy Noether Research Group “Cinematic Discourses of Deprivation: Analysing the Representation of Precarity and Exclusion in European Fiction Film and Documentary” at the Film University Babelsberg KONRAD WOLF (Potsdam). His research interests include questions of representation and audio-visual discourse and narration, questions of proximity and distance in cinema, and the history of film and film theory. He is the author of Filmischer Realismus (2013), co-editor of Christian Metz and the Codes of Cinema: Film Semiology and Beyond (Amsterdam University Press, 2018; with Margrit Tröhler), and editor of Étienne Souriau’s collected film-related writings, Das filmische Universum: Schriften zur Ästhetik des Kinos (Fink, 2020). Since 2007 he has been an editor for the film and television studies journal Montage AV, for which he co-edited issues on André Bazin (2009), the sociology of film in French filmology (2010), film and politics (2014), Roland Barthes’ film-related writings (2015), new film distribution (streaming and BitTorrent; 2017), and questions of proximity and distance (2019). His newest book is Découpage: Historische Semantik eines filmästhetischen Begriffs (Marburg: Schüren, 2022). Also appearing in 2022 is, as the first volume in the new book series „Film, Class, Society“ the edited volume Precarity in European Film: Depictions and Discourses (Berlin/Boston: DeGruyter, eds. Elisa Cuter, Guido Kirsten, Hanna Prenzel).

Kirsten is working on a monograph with the working title Cinema and Class in which he develops a theory of cinematic discursivity and traces historical stages in the representation of social phenomena related to class society (such as exploitation, poverty, unemployment, and housing shortages). Central to his theory of cinematic discursivity is the differentiation of three semantic dimensions: the intensional, the extensional, and the referential dimension. They correspond to the textual systems of audiovisual style (as the result of découpage, mise en scène, editing, and sound design), narration (ordering, sequencing, and linking diegetic events), and discourse (representational, argumentative, and persuasive references to social reality). In discursive readings of films, the referential dimension is privileged over the other two, so the focus is on references to social reality and references to other discourses about this reality (both can be distinguished categorically, but not separated from each other).
Kirsten unfolds problems of analyzing cinematic class discourses on the basis of five stages: Lois Weber’s socially critical films Shoes (US 1916) and The Blot (1921); the class-conscious cinema of the late Weimar Republic from Mother Krausens Fahrt ins Glück (1929) to Kuhle Wampe (1932); negotiations of housing problems in L’onorevole Angelina (1947), Il tetto (1956) and Le mani sulla città (1963); political narratives of wildcat strikes in Coup pour coup and Tout va bien (both 1972); finally, the so-called “cinema of precarity” of the late 1990s until today. Kirsten’s theory of cinematic discursivity is intended to open up new approaches to the problem of the cinematographic representation of social issues in film studies. 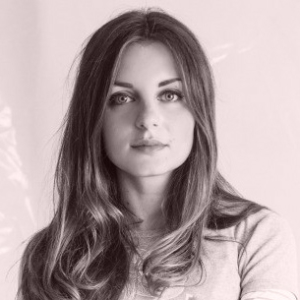 Her research for the project “Cinematic Discourses of Deprivation” concerns representations in contemporary cinema of the precarious condition of the forms of labor that most explicitly exemplify the tertiarization of Western capitalism in times of its crisis: artists, journalists, academics and other intellectuals and creative workers. Across different formats, genres, and national productions, she is researching the varied formal strategies that contribute to diverse and contradictory cinematic discourses. These range from the romanticization of the penniless artist and the rhetoric of intellectual privilege, to attempts to offer portraits and narratives of the growing and endangered category of cognitive workers. Triangulating discourse analysis, research on production, and reception studies, Cuter reads filmic texts as meta-reflections and self-representations of filmmakers working under conditions of financial and social insecurity, situating the films within current socio-political debates. 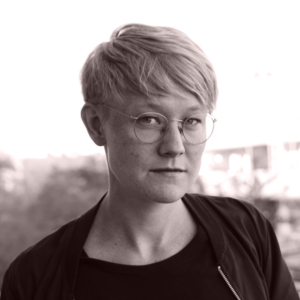 Hanna Prenzel studied Art and French (BA), Art History in a Global Context with a focus on African Art (MA) and Arts and Media Administration (MA) in Berlin, Osnabrück, Rennes (France) and Dakar (Senegal), as well as Documentary Filmmaking at the self-organized film school filmArche in Berlin-Neukölln. She co-founded the queer-feminist filmmakers collective TINT. Her areas of interest include questions of ethics in documentary filmmaking, postcolonial theory, intersectionality and feminist film theory. Her contributions have been published in peer-reviewed journals and edited collections.

In her scientific-artistic research project, she examines feminist labor struggles and forms of resistance under precarious working conditions in so-called collaborative (collective as well as participatory) film productions. The object of analysis focuses on the correlation between collaborative productions and feminist labor struggles: wildcat strikes for better working conditions for women* (e.g. For Women – First Chapter, 1971), union organizing in the sphere of reproductive labor (e.g. The Nightcleaners, 1972-75), or decentralized individual strike strategies of precarious workers (e.g. A la Deriva [por los Circuitos de la Precariedad Femenina], 2003). In addition to the discursive analysis of social, political, and historical references in the filmic text, the collaborative and precarious conditions of the film productions are examined from a feminist-intersectional perspective. 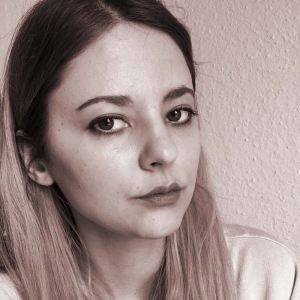 Paulina studied English and Cultural and Social Anthropology in Münster and Aberdeen and then worked for several years as a research assistant at the Münster University FilmLAB. There she was involved in planning and teaching classes on film theory and -production, and also worked on numerous science communication film projects. Since 2021 she has been studying screenwriting/ dramaturgy at the Filmuniversität Babelsberg KONRAD WOLF. 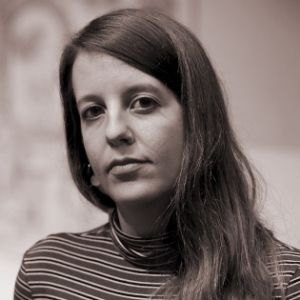 Jessica completed her bachelor’s degree in German and theater studies while working for several years in the independent theater scene in Bavaria and NRW. She focused mainly on political theater in all its manifestations. She was part of the Zukunftsakademie Bochum, which dealt with post-migrant perspectives in theater. Since 2019 she has been studying in the MA Screenwriting/Dramaturgy at the Film University Babelsberg KONRAD WOLF. In her work as a writer, she is particularly interested in subversive narratives on topics such as classism, the effects of capitalism, and feminism.

Elisa Cuter: It’s a Hard Life for the Cognitariat. How Lizzani’s 1964 Film Depicts Precarious Intellectual Labor. In: Image & Narrative, Vol. 22 No. 3 (2021): The Aesthetics of Precarity. Precarious Realities and Visual Modes of Representation, pp. 36-49.

Guido Kirsten: Structures of Unemployment and their Filmic Figuration. Towards a Political Poetics. In: Image & Narrative, Vol. 22 No. 3 (2021): The Aesthetics of Precarity. Precarious Realities and Visual Modes of Representation, pp. 7-21.